There’s nothing as stately as a brick house covered in green vines. This iconic image has been portrayed on television, in movies and, sometimes, in actual neighborhoods. Little does the general public know, they are really watching a house being destroyed bit by bit. 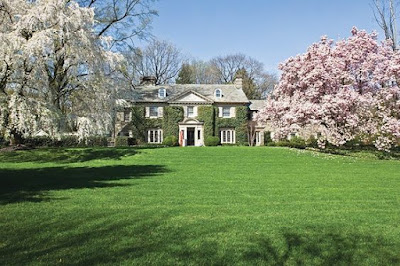 Clinging vines are some of the worst things nature throws at your home on a regular basis, but a lot of homeowners have no idea because it’s death by a thousand cuts. Any one day isn’t probably hurting your house much, but as time passes, more and more hidden damage is taking place.

If your house has vines running up it, it’s time to figure out what you’ve got growing and start getting aggressive about either managing it or destroying it. 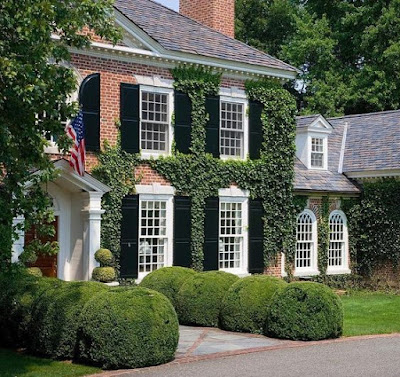 Telling the Good Guys From the Bad
Not all vines are the Devil — it just so happens that most of the ones people like to train up their houses are. This may be because they hang on for everything they’re worth, so a strong wind or a violent storm won’t result in a massacre. Whatever the reason, it’s led to a lot of damage to homes for hundreds of years, even if the homeowner never knew it.

Identifying damaging vines isn’t difficult, the beginner horticulturalist can spot the differences once they’ve been shown what to look for.

Elements of a Damaging Vine
Vines don’t set out to destroy your home, they’re merely doing what vines do: climb. It’s just that some of the climbing methods that vines use tend to be fairly destructive in a long term kind of way. Vines have several different methods they use to climb. Some will literally grow in a spiral form to wrap around a nearby support, others send out specially modified parts called tendrils that coil around whatever they can find.

Those two types of climbers are basically harmless, at least as far as your siding is concerned. The real killers are the vines that climb using an adhesive disk or adventitious roots. Both adhesive disks and adventitious roots are very difficult to dislodge once they’re established. You can imagine how this kind of tenacity could bust masonry, dislodge vinyl siding, pull down gutters and lift shingles from your roof.

Vines with adhesive disks have shoots coming off the vine tipped with roundish pads that grip tight using an adhesive that the plant produces. A common troublesome vine that uses this technique is Virginia creeper (Parthenocissus Quinquefolia). Virginia creeper is a beautiful disaster for houses pretty much everywhere. In the summer, it’s a deep green and as fall approaches, it turns to a burning red-orange. It can be hard to make a villain out of a vine like that. 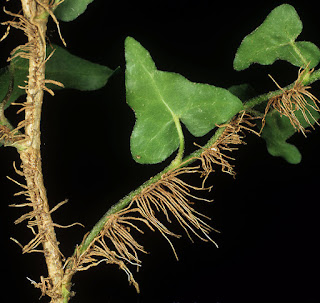 Adventitious roots are a little less complicated, biologically speaking. These are just extra roots that the plant uses to grab hold of things by penetrating any available crack or nook that’s available. The plant doesn’t care if that happens to be a crack in a brick on your house or a nook in a tree somewhere. These structures look a bit like the air roots that orchids produce, or, for those of you who don’t cruise the floral department at your market, they can appear much like thick hairs and cause a centipede sort of effect on the leafless parts of the vine. English Ivy (Hedera Helix) is a champ at producing these roots and also climbing up houses.

Know Thy Enemy
The vines that could be destroying your house already aren’t some kind of plague or an unlucky hand you’ve been dealt. In almost every case, they were planted purposefully. In fact, you can get them at your nearest greenhouse or home improvement store. Neat, huh? People go in looking for a vine to train up their house, then they leave with a bag full, not knowing what they’re about to do. A few examples of the worst vine offenders include: 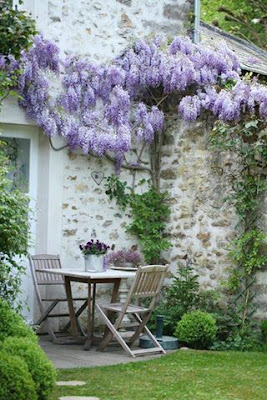 This glorious vine with hanging purple, white or pink flowers can make a dramatic statement when raised in the right spot. When it’s close to your house, however, the statement it makes is, “I’m about to destroy your siding and your roof.” There have been many cases of Wisteria getting out of control, climbing to the roof, invading the gutters and lifting shingles off of homes. It’s an amazing plant, but keep it far from your home. 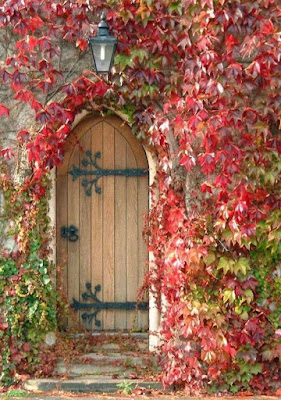 The configuration of the five-part compound leaves of Virginia creeper has caused a lot of confusion for homeowners, with some believing it to actually be poison ivy. Virginia creeper is not a plant to worry about from a medical standpoint, but it does put out both adhesive pads and, as it grows, adventitious roots, making it one tough sucker to un-cling from your house. 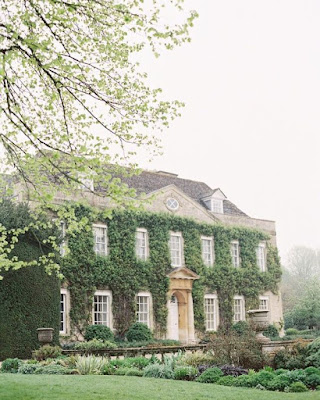 If there was an Olympic category for climbing and also plants were allowed to compete, English ivy would probably lose to a human that can move faster than it can. But, for a plant, English ivy is quite fast and strong. It’s also enormous. A single English ivy vine can grow to 80 feet in length. That makes it more than capable of climbing to the roof, consuming your television antennae and anything else that it fancies. 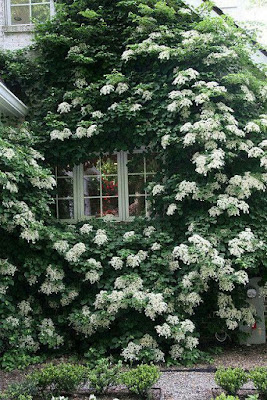 Like English ivy, climbing hydrangea can be a tough number to contend with. The masses of white flowers are awesome, but the adventitious roots will invade any space they find to hold tight, allowing the plant to achieve its full potential: 80 feet of vine growth. Don’t kid yourself, this isn’t a plant to put near structures.

The Indirect Problem With Climbers on a Structure
Beyond being able to cause direct damage to your home anywhere and anywhere they can get a root in sideways, growing climbing plants on a house opens you up for all sorts of interesting problems. Remember that the environment under that mass of leaves is generally very humid, making a perfect place for mold, insects or rot to take hold.

There’s no question about it, growing a vine on a house is really a very bad idea, but I must confess - I have vines on my brick home. I just can't part with them. To ease myself to sleep, I make sure I keep the vines in check and watch closely that they are not wrecking havoc on the mortar. I make sure they don't approach the gutters or the roof. Clearly, I have flunked out of the ole' Ivy League! 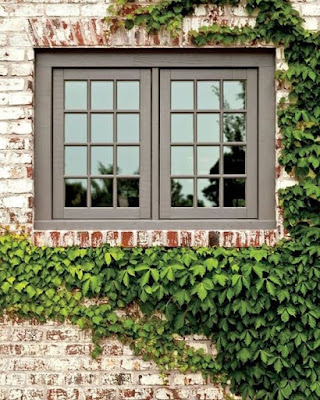 Posted by Darcy Black LaBelle at 2:57 PM No comments:

Why you need an Inspection

You should never judge a book by its cover, or a house by what you can see during a showing. Not only are showings about seeing yourself in a space, rather than assessing a home’s structural stability and system functionality, they’re generally too brief to really get to the nitty gritty. 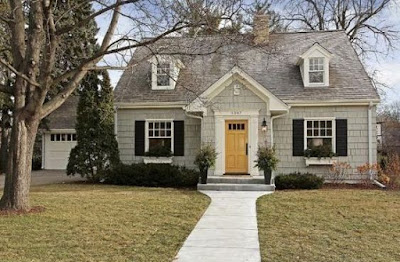 That’s what home inspectors are for.

What a Home Inspection Is and Isn’t

One of the biggest misconceptions about home inspections is that the report you get is a run down of a static structure that’s unchangeable. The truth is that a home — or even an empty lot — is a constantly changing ecosystem. In a house, there are lots of parts behind the scenes that are growing and shrinking, shifting and moving, albeit slowly.

A home inspection isn’t a projection of the future health of your house. It’s a right now look at the structure and all the moving parts. A home inspection is a snapshot and it can only reflect what the inspector sees during the time they’re at your future address.

This means that a year from your home inspection the furnace may go out, or the roof may succumb to high winds. Your house may change in ways no one can predict now. But, that doesn’t mean that a home inspection has no value.

Three Big Reasons to Have a Home Inspection

Home professionals know what they’re getting for the price of a home inspection, but many home buyers balk at the idea of spending even more money trying to buy a house. Granted, home inspections aren’t cheap, but they provide a lot of value for the money. There are plenty of reasons to hire a home inspector, but these three biggies are worth pondering if you’re unsure about pulling that trigger.

1. Home inspectors can sniff out problems you may have missed when viewing the home. No one wants to buy a money pit, but people do all the time because they’re either overestimating their abilities or they’ve failed to get a home inspection. When your home inspector goes through your home, they’ll not just walk around in the living room. They crawl through the crawl space, they get up into the attic, they really give it a good look. Home inspections take hours to complete, but when they’re done you’ll be given a report that provides you more information than you could ever imagine. The types of problems found will help you decide if you can really deal with the house in the longer term or if you can afford the house at all. 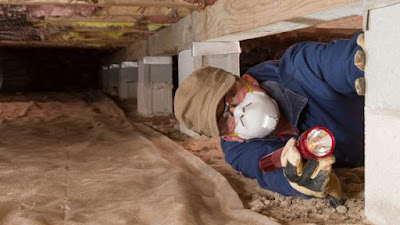 2. They’ll prepare you for upcoming repairs. Although your home inspection is a snapshot of your home at a particular moment in time, and not meant to predict the future, there are many parts of the ecosystem that predictably show signs of wear. When your home inspector sees that your shingles are starting to lose their asphalt coating, for example, they’re going to make a note of that in the report. If the furnace is beyond its useful life, even though it still works, you can brace yourself for replacing it. Knowing that there are problems in your future can give you more time to prepare for fixing them, even if that means changing loan types to a mortgage with a rehabilitation loan component, like an FHA 203(K).

3. Don’t forget, an inspection report is also a bargaining chip. Most real estate contracts allow you an inspection period, during which you can get your experts out and have them look around the property. You also have the right to ask for repairs based on what they find, provided these were not readily apparent issues.

Those less visible defects are everything. Say, for example, that your home inspector found that the plumbing is leaking under the house. When that report comes in, you can request that the seller fix this issue, because it’s obviously a major problem you couldn’t have known about. Some lenders will require that something as important as the piping is in working order before closing, so make sure you and your Realtor know what your loan requires before breaking out the home inspection bargaining chip.

After closing, a lot of buyers lose or toss their home inspections. Make sure you keep yours. You can use that home inspection as a punch list of items to update, repair or replace, and check them off as you go. Later, when you go to sell, you can show your potential buyers that you fixed everything on your initial home inspection. That’s a confidence builder, for sure.
Posted by Darcy Black LaBelle at 3:28 PM No comments: