If life hands you rattlesnakes

My husband told me an interesting story the other day. It is the story of George End. George was a graduate of Columbia University in the 1930's. Due to the depression he could not find a job. With a wife and two sons to feed he started looking for any opportunity that would support his family. He heard of a citrus orchard for sale in Florida and bought it, sight unseen. They packed up and headed from Arcadia to a little farm on the Tampa Bay peninsula - fruit growers they were going to be. 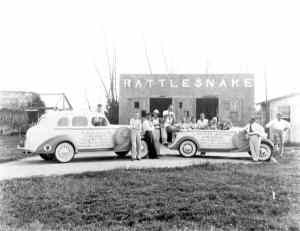 What they didn't know was that eastern diamondback rattlesnakes were plentiful in the scrub and pine that blanketed Tampa's southern peninsula and that they were especially dense in MacDill Field - the orchard they just purchased.

He tried making a go of it with lemon and grapefruit trees, but for every two he planted, one would die the next season. "The rattlesnakes were more prolific than the crops I planted," he told the Tampa Tribune in 1940.

Failing at farming was not an option, and with a dense population of tasty rattlesnake he decided to farm them. George and his family set up a snake pit at the end of town, built a cannery (for packaging the smoked snake meat-a cross between chicken and veal I am told),  hired some of the more adventurous locals to harvest the snakes, and sold rattlesnake meat via mail order. He even established his own post office in 1939, the Rattlesnake Post Office, to ship his "snake snacks in supreme sauce" around the globe. 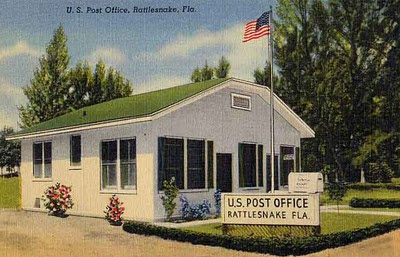 George End literally took lemons and made, well you know. Newspapers wrote of this newly discovered delicacy and overnight, George End's get rich dream put South Tampa on the map. Thousands flocked to see the largest venomous snake in North America. The town was renamed, Rattlesnake, Florida and the family business was profitable into the late 50's.
﻿﻿
I couldn't stop thinking about this story and how crazy it sounds in today's real estate market. I thought to myself: Were there no property disclosure statements back then?  How would the internet and the gorgeous property photos we spend hours ogling over have helped George see this was no citrus orchard!; Did he not have any contingencies, no remedy for misrepresentation? Who was responsible - the buyer for not doing his due diligence or the seller for not accurately representing the property? Were any agents involved?

But then I moved on to the inspiring part of the story. Here we have a hardworking, dedicated and educated family man who served in WWII, got an education, and wanted to provide for his family. When they drove up to the farm in a borrowed Model A and saw only acres of thicket, he didn't turn around. And after a few years of planting trees that never lasted longer than a season, he didn't give up. He never gave up his dream to make something of his life and of the land he bought. He realized "if I can't grow citrus, then I better take what the land is giving me and run with it". And run with it he did. 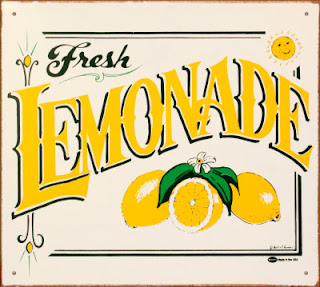 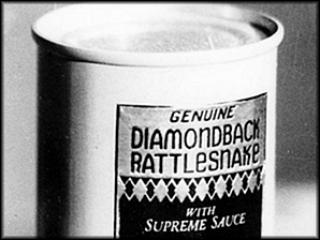